I posted a little flyover from my 3/3 show but wanted to share a bit more about the gear I’m playing around with for 2018.

First off, great news that Impression Cymbals has a US presence again. I’ve been with them for 3 years now and have a wide selection of their Turkish made masterpieces. So far the very limited run I-Con series 15″ hihats and 20″ ride paired with a 19″ Traditional Crash/Ride are all perfect choices but I may add some efx cymbals or another washy crash soon.

The new music needs a different sound than my Taye Studio Birch so I’m giving the Yamaha Absolute Maple Hybrid kit a spin.  I’ve never been a Maple drums fan but the Wenge in the middle of this shell does something magical and somehow the kit sounds like Maple and Birch at the same time? Sorcery. I’m using a Big Fat Snarebourine for a little extra snare chunk and an LP micro snare and click hihat tambourine for some spice.

Stickwise, Vic Firth has come out with this Modern Jazz collection and I’m loving the MJC3. It’s like an 8D but with an oval bead instead of an acorn and it feels perfect in my hands. I’d been an SD4 guy forever but for some reason I move to it for drums and away from it for sticks?

My new electronics rig is a work in progress but so far I’ve got all of the atmospheric vocal effects and additional keys/strings/blips and boops running from Ableton Live out of an iConnectAudi02+ to the house and also with a headphone mix to me via the amazing FutureSonics G10 in ear monitors. The iConnect has a software mixer that allows me a lot of control to route of out Ableton and even though were only using two right now we could easily push 4 and I’d still be able to have a separate stereo headphone mix.  I love that lil robot!  I’M also using a Keith McMillen Instruments Bop Pad as the start/stop controller and since it has 4 zones I can trigger a sound or two per song if needed.  And it all fits in one case! wooo!

It’s been fun to jump back into music with an electronic component and our new set of songs definitely have alot of new colors and textures to make them come to life.

Hey 2018 – how ya doin? Do you feel like the future? Our upcoming show with Bloodshot Record’s The Yawpers will be a first for DMC.  Yours truly will be joined by his faithful robot trio of the KMI bop pad,  IconnectAudio2+ and a Macbook Air with Ableton Live at the ready.  New sounds, new colors, new concepts and I can’t wait to hit that stage! 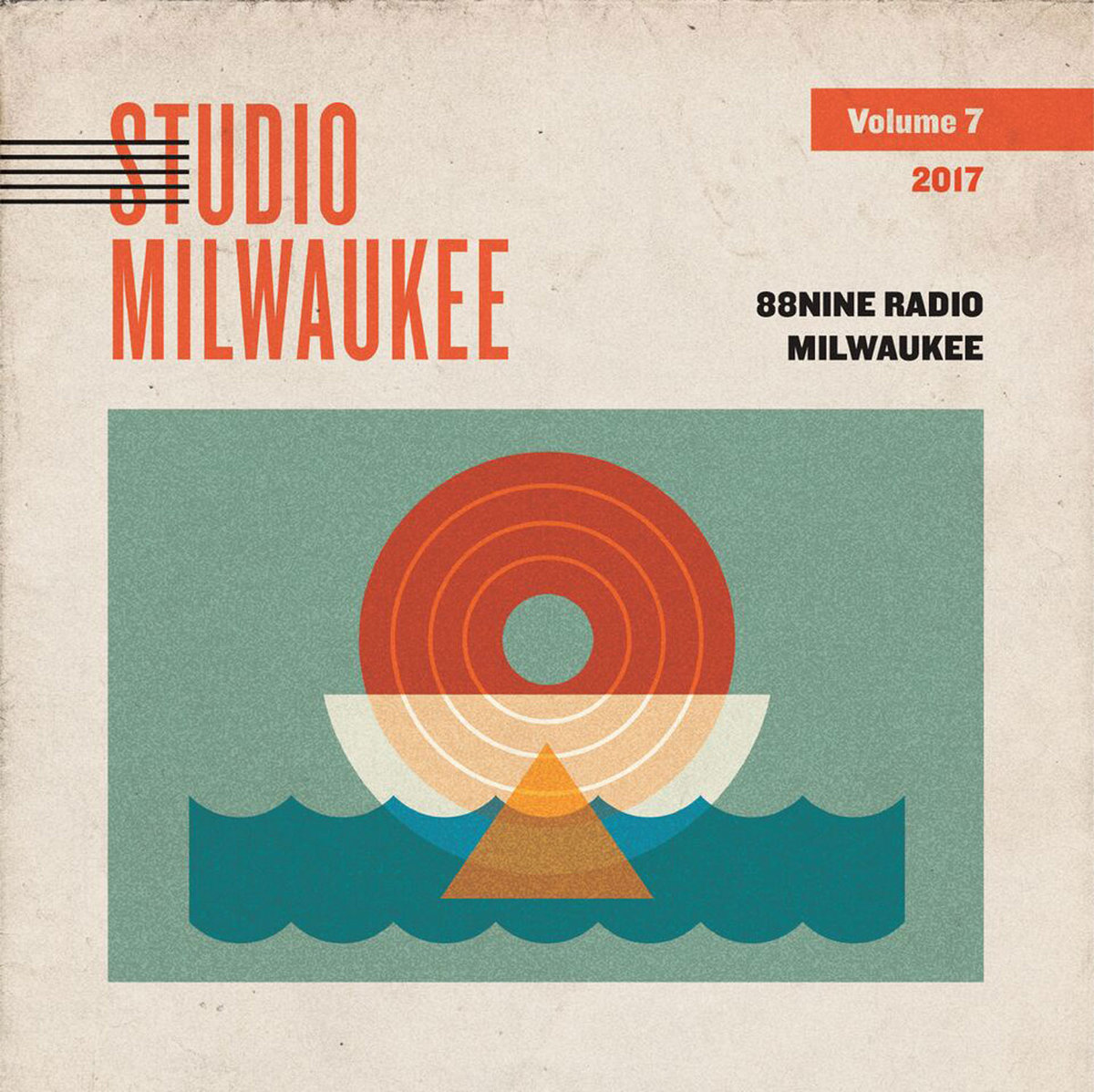 It was a blast to be asked to play this show in which MKE bands draft other bands and then cover their music live.  It’s a reminder of how much talent and variety there is in this city – and that people from outside of it may not know that it’s here.  Our set was de/reconstructed hip hop from Vincent Van Great which means I had ALOT of fun playing drums.  (and BTW thank to Nick Lang from Buffalo Gospel for letting me use his vintage Ludwig kit for that chunky thump.)

Abby Jeanne and her awesome band did a great take on our stuff and I really wish I had been recording it because it was <insert fire emogi x 10>!!!

DMC is packing up the van, grabbing some snacks and heading out for a quick 10 days around the Midwest.

Don’t worry about preseason football or the impending end of this gorgeous Summer, just come out and see us and have some fun!

Back in November of 2015 DMC was invited to take part in a live loft recording series called Hear Here Presents. It was a blast and you can hear folks from the crew and other bands that took part in the evening’s sessions.  I played this show all hopped up on flu medicine but at least my hair looked good!

From a gear perspective, I was trying out some new Yamaha Absolute Hybrid Maple drums (snare and floor tom) along with a Taye Studio Birch kick with the Woodshed Percussion logo head. Those sick 16″ hihats are Impression Dark series. So slinky good! And don’t forget the cool Big Fat Snare drum snare-bourine to get that fat 70s thump on the third track.

Found out recently that Host Ben Keefer and the good people at IPR posted audio of our November visit to the Java Blend program.  They record the show live in the back room of a very small coffee house on a very small stage (as you can see by the pic.)

I played the whole show using VF Tala Wands but my Yamaha Tour Series drums and Impression cymbals sounded pretty darn good.  It was tough to get a feel for how loud the loops were since the show goes direct to hard disk but I balanced it the best I could.  That’s showbiz!

Starting to fill in the Spring and Summer dates of 2015, here’s what is on the books so far:

Lots of great shows coming up with Nineteen Thirteen, Devil Met Contention, and Dave Fitzpatrick Band from now until April and it that’s not enough, I’ll be recording with all three acts as well!